The male
panty line of underwear is something that I never really thought would have
taken off as well as it has. I figure most guys that would want to wear some
kind of panties would just go to the store and buy some womens panties and be
done with it. But then, I started looking around at them and found out that
they aren’t even close to being like womens panties. Well, the designs and
materials being used are close to the same, but they are actually created for
men with a little extra something to stuff into them.

Unless you
are able to find panties specifically designs for women with rather large
clits, the male panty line of underwear will give you the freedom you need and
the comfort of not squishing your balls completely. That may not be something
of interest to some people, but if you have ever tried pulling a wedgie out of
your butt while wearing a thong, you will understand how difficult it is to
enjoy that tug and pull on your testicles. If you like that feeling, then more
power to you. I prefer to not have to sit through it, though.

I love my
male panty designs and wouldn’t trade them for the world but I am a little
upset about not being able to wear them around other people. I can wear them,
but I can’t show them to the people that I want to because I am afraid of how
they will react to them. I think more guys should be wearing panties like this
so that people can get used to seeing them and I can finally come out and show
the world that I too know what comfort is all about. When that day happens, it
will be the happiest day of my life.

Now you may think that such a thing as a male panty
is ridiculous and impossible to find. That would be very untrue and you would
be mistaken in your belief. In reality, panties designed and created just for
men are very much in existence and are being enjoyed by men all over the world.
You would be amazed at the sheer volume of men that are wearing these panties
right this second even as you read this. In fact, if you admit to ever having
sneaked into your wife’s or girlfriend’s lingerie drawer and trying on a pair
of panties, then you’re definitely a candidate to enjoy these garments. 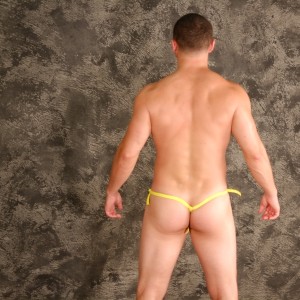 The important thing about the male panty is that it
is just as comfortable as a woman’s panty because it’s been created from the
same type of materials that make women’s panties so popular. That silky
sensation that you get when you slide into a pair of panties is one that you
can experience over and over again when you decide to buy some panties made
specifically for men. They contain that extra little something that’s missing
from women’s panties because of the special package that men need room to
comfortably settle themselves.

That’s why you need to consider trying out a pair of
these panties. Again, they provide the same feeling as slipping into a pair of
women’s panties but these are made for men. That’s the reason it is called a
male panty. Obviously, it doesn’t mean that women can’t try them out if they
want. After all, men have been wearing women’s panties for years. But they probably
won’t find them as enticing as their own because of that extra little space to
hold the family jewels. Besides, they have all the styles of panties they need
and don’t have to borrow from mens panty styles so you can claim these as your
own.